It is in service with more than 30 countries.

The L-39C is a standard modification of a training aircraft for initial and basic flight training.

L-39ZO is a modification of a training aircraft, which can also be used as a light attack aircraft, for which there are four underwing armature suspension nodes.

The L-39ZA is a further development of the L-39ZO with the installation of the GSh-23 double-barreled gun under the fuselage.

L-39MS (L-59 Super Albatros) – modification with a new turbojet engine of a modular design DV-2, having a thrust of 2200 kgf, ejection seats of the class “0-0" and new electronic equipment. The first flight made in 1986. Produced 80 units.

L-39M1 – Ukrainian modernization of the L-39: replacement of the AI-25TL engine with the upgraded AI-25TLSh (thrust increased from 1,720 to 1,850 kg, acceleration improved twice), improved control system of the power plant and on-board emergency operational recorder of flight information with additional sensors and devices.

It was in service 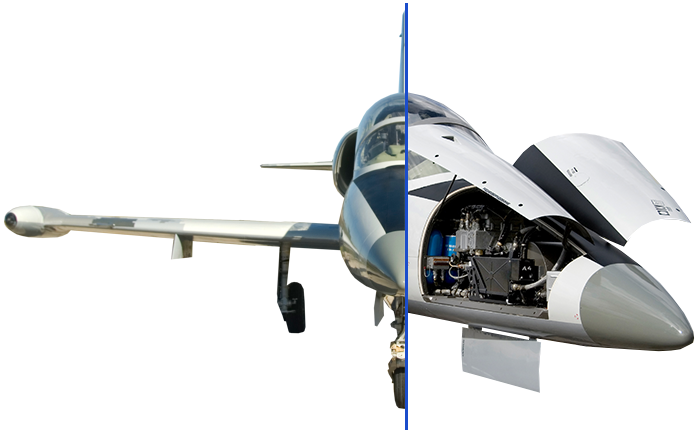 Modernization of aircraft and their components, assemblies and equipment, auxiliary power units, demilitarization, refinement of aircraft under the A-39D.